What Are The Deathly Hallows? What If All Three Are Combined? 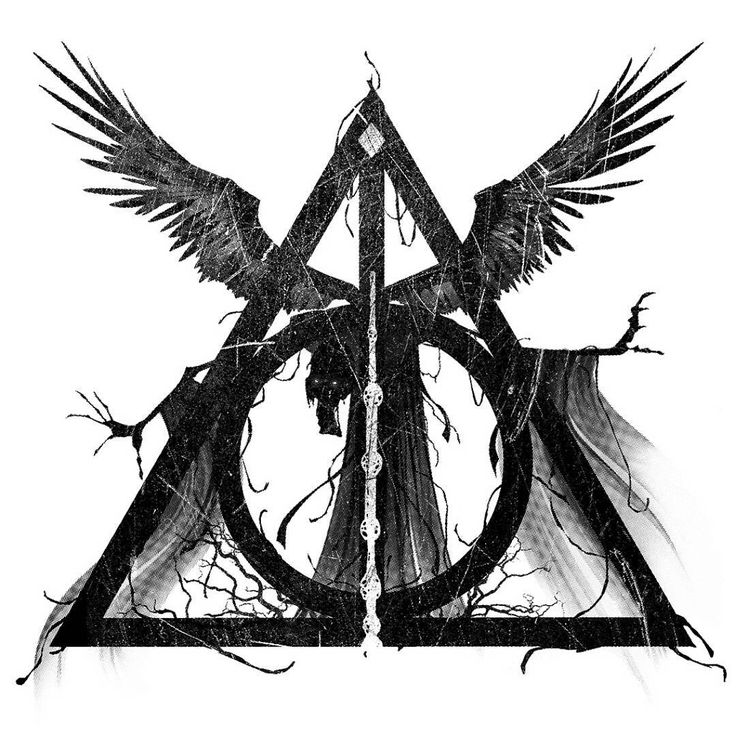 In Harry Potter, we have a whole movie about the Deathly Hallows. So what are the deathly hallows? What happens when all three are combined? Will they combine to become a world hegemony trio? Or is it all just legend? Let’s solve this mystery together!

What Are The Deathly Hallows?

The magical world also has pages of fairy tales from the past to explain strange stories. It is believed that the story about 3 brothers and the Deathly Hallows or Deathly Hallows Brothers is also a story like that.

So, What Are The Deathly Hallows items? According to the story, thousands of years ago, the 3 Peverell brothers went on a trip together. While on their way, they met a river with no way to cross. But with just a wave of their hands, they created a magical bridge over the river.

Halfway across the bridge, they met the god of death – who was very angry for letting go of 3 victims. Death pretended to welcome them, admiring the talent of all 3, he decided to give the 3 brothers a powerful magical tool each.

The eldest brother, a belligerent, requested a wand more powerful than any in existence. Death granted his wish by creating the Elder Wand from a branch of a nearby ancient tree that stood on the riverbank.

The second brother, a proud man, chose to humiliate death further and demanded the strength to call the dead out of the grave. Death granted his wish by crafting the Resurrection Stone from a stone picked up from the riverbank.

The third and youngest brother, the humblest and wisest, distrusted Death and asked for something to enable him to go out that Death could not follow. Death reluctantly handed over his own A Cloak Of Invisibility.

But in the end, the eldest brother died because someone wanted to steal the wand and assassinate him. The second brother died by suicide after not being able to get his fiancée back fully, happy with him. And the god of death gladly came to collect his prey.

Only the youngest brother, who later lived for a long time but the god of death could not find it. Then one day, when he was very old, he gave his shirt back to his son and happily followed death as an equal.

However, according to Dumbledore, this legend is not true, he believes that the Deathly Hallows are due to the Peverell brothers – wizards’ genius and ambition inspired them to create their own powerful magic tools. It seems that Dumbledore’s judgment is more valid.

The Deathly Hallows: The Elder Wand

Although the wand is invincible. But the wand has also been defeated hundreds of times. Because every time it changes hands, it’s also a failure of the wand.

However, the oldest brother Peverell was killed in his sleep, not in hand-to-hand combat. So it is more likely that possession of the wand does not need to be exchanged with the life of the previous owner, but simply passes the hand through an action that the wand perceives as a victory.

It can be seen that Dumbledore was able to control the wand without killing its previous owner, Grindelwald.

>>> READ MORE: GORR IN MARVEL COMICS VS GORR THE GOD BUTCHER IN MCU

However, The Elder Wand is also not automatically loyal to anyone who derives it from its predecessor. Or as Ollivanders once said, “it’s really the wand that chooses the wizard”.

J.K. Rowling has revealed that The Elder Wand has more sentience than other magic tools. It can identify spell users through it, and remembers the witches it has defeated, giving it a basis of allegiance to the person it deems victor.

This wand tends to refuse to harm its true owner, as well as those who have protected it with sacrifice. When Voldemort unleashed the Avada spell on Harry, the wand refused to kill its true master. In return, it shoots the curse directly at the opponent. As a result, Voldemort was killed by his own curse.

The Deathly Hallows: The Resurrection Stone

In 1996, after months of searching for clues to Horcrux through Voldemort’s memories, Dumbledore found out where the ring with The Resurrection Stone was hidden. Despite relinquishing the powers of Deathly Hallows, Dumbledore still recognized the stone inside the ring, and the visions of dead loved ones momentarily made him forget that this was a dangerous Horcrux.

Once he had put the ring on his finger, the dark curse was immediately activated and almost killed him if it weren’t for his agile reaction and Snape’s help sealing the curse. However, the curse also significantly shortened his life, causing his right hand to become paralyzed and blackened.

Dumbledore used Godric Gryffindor to destroy this first Horcrux. Along with that is to separate the stone from the ring. Later, when it reached Harry, he used it to reunite with his deceased loved ones. After all, Harry dropped the stone somewhere in the forbidden forest to end the temptation of the stone’s power.

Most likely, The Resurrection Stone was created for nobler reasons than the selfishness mentioned in the story. The souls of Harry’s loved ones appeared with no hint of sorrow or sadness, but instead, happiness was evident on their faces. They also made sure to stay by Harry’s side as he fought Voldemort.

Therefore, the stone may have other meanings. Give the living a chance to meet the deceased and find solace in them.

The Deathly Hallows: A Cloak Of Invisibility

True to its name, this deathly harrow gives the user many abilities, the most specific of which is stealth. This is the most auspicious and the only one that many people can use together.

It can protect the user from spells, magic, or spells. However, the cloak’s power also has a limit when it cannot hide the user from the eyes of Moody, the Marauder’s Map, the warden Azkaban, and the snake Nagini.

The cloak also does not guarantee to completely shield the user inside from spells or spells. For example, Harry has been cursed twice. The size of the shirt also cannot stretch if any part is exposed from the cloak it will definitely be discovered.

What Happens When All Deathly Hallows Are Combined?

Some legends say that, when merging 3 Deathly Hollows, the owner of them will possess great powers beyond imagination and become the owner of death.

But according to recorded history, only Harry Potter owns all 3 of these Deathly Hollows but not at the same time. Harry dropped The Resurrection Stone in the forbidden forest before he officially took possession of The Elder Wand.

Dumbledore was the one who had the ability to hold all three Deathly Hollows at once but was not the owner of A Cloak Of Invisibility. According to Dumbledore’s words to Harry at the end of the series, Harry has become the master of death not because he possesses all three Deathly Hollows, but simply because he has learned to accept death as it comes.

It can be said simply, that anyone who understands the obviousness of birth and death in life and looks at it calmly and calmly is the owner of death.

After all, the wizarding world also has immutable laws, and the Deathly Hollows, even if gathered, do not really make you the owner of death. You simply hold very strong magical powers.