The Gucci wife and the hitman: fashion’s darkest tale 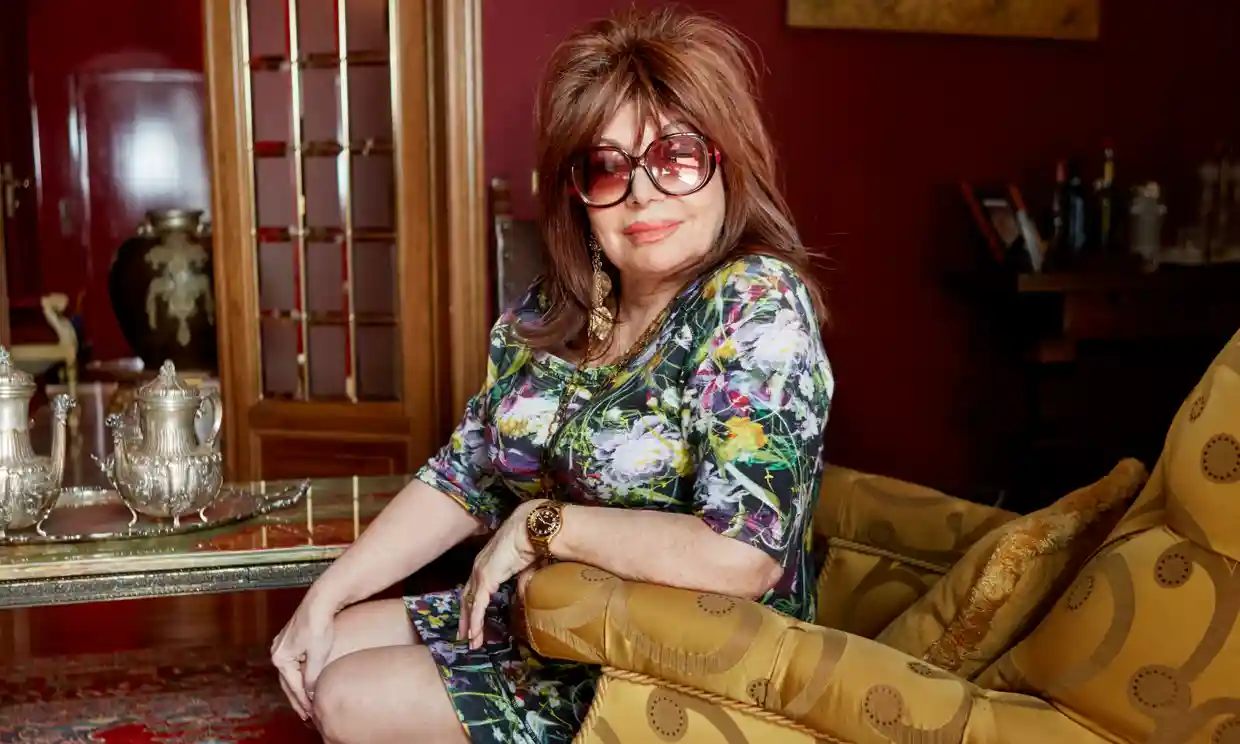 wo years ago, not long after Patrizia Reggiani was released from prison, a camera crew from a trashy Italian TV show turned up unannounced at her Milan workplace. Reggiani had just spent 16 years inside after being convicted of arranging the murder, in March 1995, of her ex-husband Maurizio Gucci, the last of the Gucci family dynasty to run the luxury brand. The former socialite had always maintained her innocence – her best friend had set her up, she said – but the TV crew caught her in a reckless mood.

“Patrizia, why did you hire a hitman to kill Maurizio Gucci? Why didn’t you shoot him yourself?” badgered the reporter.

“My eyesight is not so good,” she lobbed back. “I didn’t want to miss.”

Understandably then, when I try to find her, Reggiani’s inner circle doesn’t seem keen to let her near another journalist. “She’s not here. She’s off work with a bad back,” says Alessandra Brunero, co-owner of Bozart, a Milanese costume jewellery firm that has employed Reggiani as a “design consultant” since April 2014.

Sentenced to 26 years on appeal, Reggiani was required to find a job as a condition of her parole. She turned down her first offer of release in 2011, according to the Italian press, because the very idea of working horrified her. “I’ve never worked in my life and I don’t intend to start now,” she told her lawyer.

Bozart, with its Renaissance-style premises full of sparkling necklaces and chandeliers, was obviously an acceptable compromise. Brunero and her business-partner husband have now become Reggiani’s de facto minders, tasked with ensuring the 67-year-old sticks to her parole and quietly rebuilds her life as a regular citizen.

“Oh, mamma mia, it’s not easy,” says Brunero, a stylish 40-something. She invites me inside, and I get the impression she really needs to talk. “I cried after that TV interview. It was terrible,” she says, putting her head in her hands. “Naturally, Patrizia was only joking…”

Even before the impromptu “confession”, persuading Reggiani to remain low-key was a lost cause. One of her first acts of freedom was to go shopping on Via Monte Napoleone – Milan’s Bond Street – decked out in gaudy jewels and movie-star sunglasses, with a large pet macaw perched on her shoulder. The paparazzi couldn’t believe their luck. Lady Gucci, as she used to be known, was back.

The gunning down of 46-year-old Maurizio Gucci one morning in the red-carpeted foyer of his office, and the subsequent murder trial, captivated Italy in the late 1990s. It was sensational fin de siècle stuff. This was elegant Milan, not mob-riddled Naples, and execution-style killings of the city’s glamorous elite were unknown. Reggiani, dubbed the “Liz Taylor of luxury labels” in the 1970s and 80s, was an immediate suspect. She had openly threatened to kill Gucci after their split. But, without evidence, the crime went unsolved for nearly two years. A tip-off led to her arrest in 1997, along with four others, including the hitman.

I met Maurizio at a party and he fell madly in love with me. I was exciting and different
While the public loved it, the Gucci company was less enthralled. After decades of infighting among the heirs of the founder Guccio Gucci, the brand was no longer under family control. Maurizio, a grandson of Guccio who’d ousted his relatives from the business to become CEO in 1992, had been forced to sell his stake 18 months before he died. Ownership was taken over by Bahrain- based investment bank Investcorp. The murder coincided with a thrilling revival of the brand’s image in the mid-1990s under new boss Domenico De Sole and edgy young designer Tom Ford.

“The last thing Gucci wanted was a sordid scandal,” says Giusi Ferrè, a veteran Milan-based fashion writer and cultural critic with trademark spiky orange hair. “The company tried to ignore the whole drama and they wanted everyone else to ignore it, too.” The label’s continued rise over the past two decades has eclipsed memories of the murder even more. Gucci is currently on yet another high. Revenue is soaring, and androgynous new creative director Alessandro Michele recently turned Westminster Abbey into the most hallowed venue ever for his latest collection. Yet the amnesia is odd, because the saga has everything: glamour, greed, sex, death, betrayal, raging status anxiety. It probably says more about the primal allure of a name like Gucci than all the sales figures in the world.

After Reggiani was arrested, the media dubbed her Vedova Nera – the Black Widow – and touted all the stereotypical theories about her likely motives. She was jealous of Maurizio’s girlfriend, she wanted his money, she was bitter about his neglect, she was plain mad. If there is a grain of truth in any of these, there was also something deeper, too. “Everything Reggiani was stemmed from being a Gucci,” says Ferrè. “It was her whole identity, even as an ex-wife. She was furious with Maurizio for selling out.” Even after her release from prison, Reggiani couldn’t let go. She told La Repubblica newspaper in 2014 that, now she was available again, she hoped to return to the company fold. “They need me,” she said. “I still feel like a Gucci – in fact, the most Gucci of them all.”

Maurizio Gucci in a suit and tie
Maurizio Gucci was 46 when he was gunned down in the foyer of his office. Photograph: AP
Advertisement

Bozart’s owners relent a week later and agree to introduce me to Reggiani at their offices. She appears in their grand sitting room wearing a short floral dress. She is tiny, barely 5ft tall, although her enormous hair, now reddish brown, and nude high heels give her extra height. “That’s a lovely dress,” I say to break the ice. “It’s Zara. I don’t earn enough at this place to buy proper clothes,” she replies, throwing a disgruntled look at her hovering employers.

We sit down on matching white sofas to espressos and iced water, and I ask her about life in Milan’s San Vittore prison. “I think I am a very strong person because I survived all these years in captivity,” she says in the heavily accented English she picked up during her jet-setting days. “I slept a lot. I took care of my plants. I looked after Bambi, my pet ferret.” Bambi, she adds, was a special privilege negotiated by her lawyer, but the creature met a sticky end when a fellow inmate accidentally sat on him. “I don’t like to talk about this time at all,” she says, already keen to change the subject. “It is all a bad dream to me.” Reggiani won’t admit out loud that she was in prison, referring to her incarceration as “my stay at Vittore Residence.”