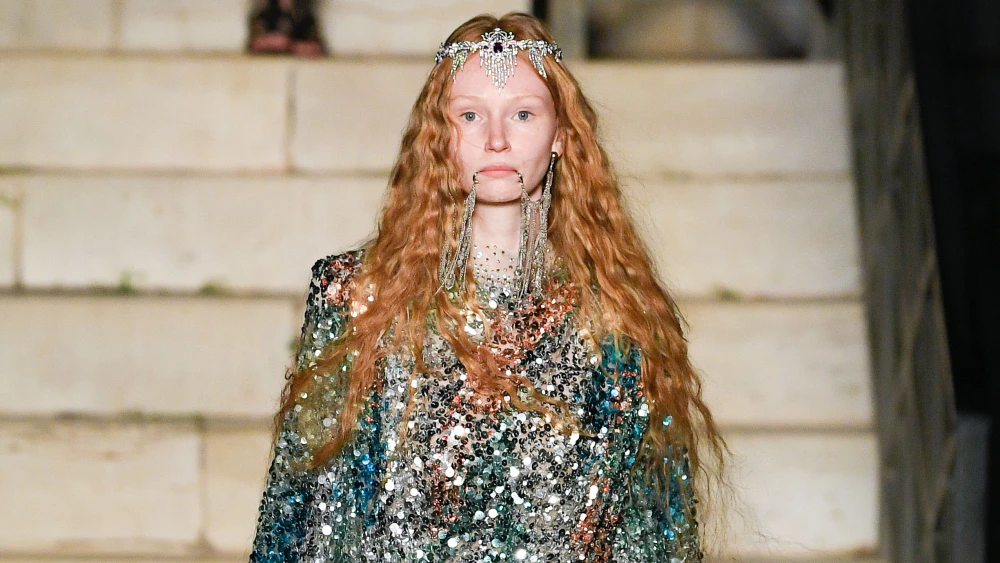 In February, Gucci announced it bought land in The Sandbox metaverse, and yesterday it launched its first event. The Gucci Vault Land event will be available for two weeks until November 9.

At the same time, Gucci has launched eight voxel digital collectible clothing items available in The Sandbox. Or, as Gucci put it, “Within the experience, Vault will present a selection of digital collectibles to portray its ongoing pursuit of precious wonders.”

Plus, existing owners of Gucci Vault NFTs, such as the SUPERGUCCI, will receive a special Aura NFT wearable.

The fashion business opportunity in the metaverse
Stepping back, the ongoing experimentation of fashion brands in the metaverse is hardly surprising. Fashion, and especially luxury fashion, is a status symbol. While some might wear it for themselves, most want to dress to impress. For now, nobody sees you when you use social media. But over time, social media is likely to migrate into the metaverse. So how you dress your avatar will matter.

The latest research shows that people spend almost two and a half hours a day on social media. That’s considerably more time than they spend IRL socializing. Logically, in the future, people may choose to spend more money dressing their avatars than themselves.

Morgan Stanley estimate that by 2030 luxury goods in gaming, the metaverse and NFTs could be 10% of the market or a €50 billion ($50bn) revenue opportunity. It’s also a high-margin one because there’s no need to produce and ship the goods physically.

Toe in the waters
But for now, two things impact fashion brands engaging in the metaverse. First off, there are only a few people in the metaverse. For now. So Gucci doesn’t want you wandering into their Gucci Vault when it’s mainly empty. Instead, it’s exploring the metaverse with events, gathering people together at the same time. And The Sandbox is running quests in the game which earn Gucci Vault Boxes to keep people engaged.

That leads to the second challenge. Luxury fashion brands are notoriously fussy about production values and details. The Sandbox is currently a voxel format – those pixelated characters. In contrast, the production values of Zepeto and Roblox were far higher. To its credit, Gucci has managed to overlook that and is willing to experiment.

And it’s not the only one. During New York Fashion Week, the Council of Fashion Designers of America (CFDA) announced a collaboration with The Sandbox. In December, it’s planning a metaverse showcase that will include Ralph Lauren, Donna Karan, Oscar de la Renta, and several other famous labels.

Meanwhile, these incumbents face competition. Web3 is notoriously a major disruptor. If they’re willing, fashion brands should easily be able to embrace the metaverse and profit from it. But they most certainly are encountering web3 competition. For example, The Fabricant is a new web3 fashion brand that boasts Vogue as a client, and Nike snapped up RTFKT. Where the incumbents have millions of existing customers, the challengers are experts at building online communities and tapping into web3 culture.

So, brands like Gucci must be willing to experiment as it has. The luxury house already has multiple non-fungible token (NFT) collections under its belt, including a collaboration with SuperPlastic for SUPERGUCCIs.