Gorr In Marvel Comics VS Gorr The God Butcher In MCU 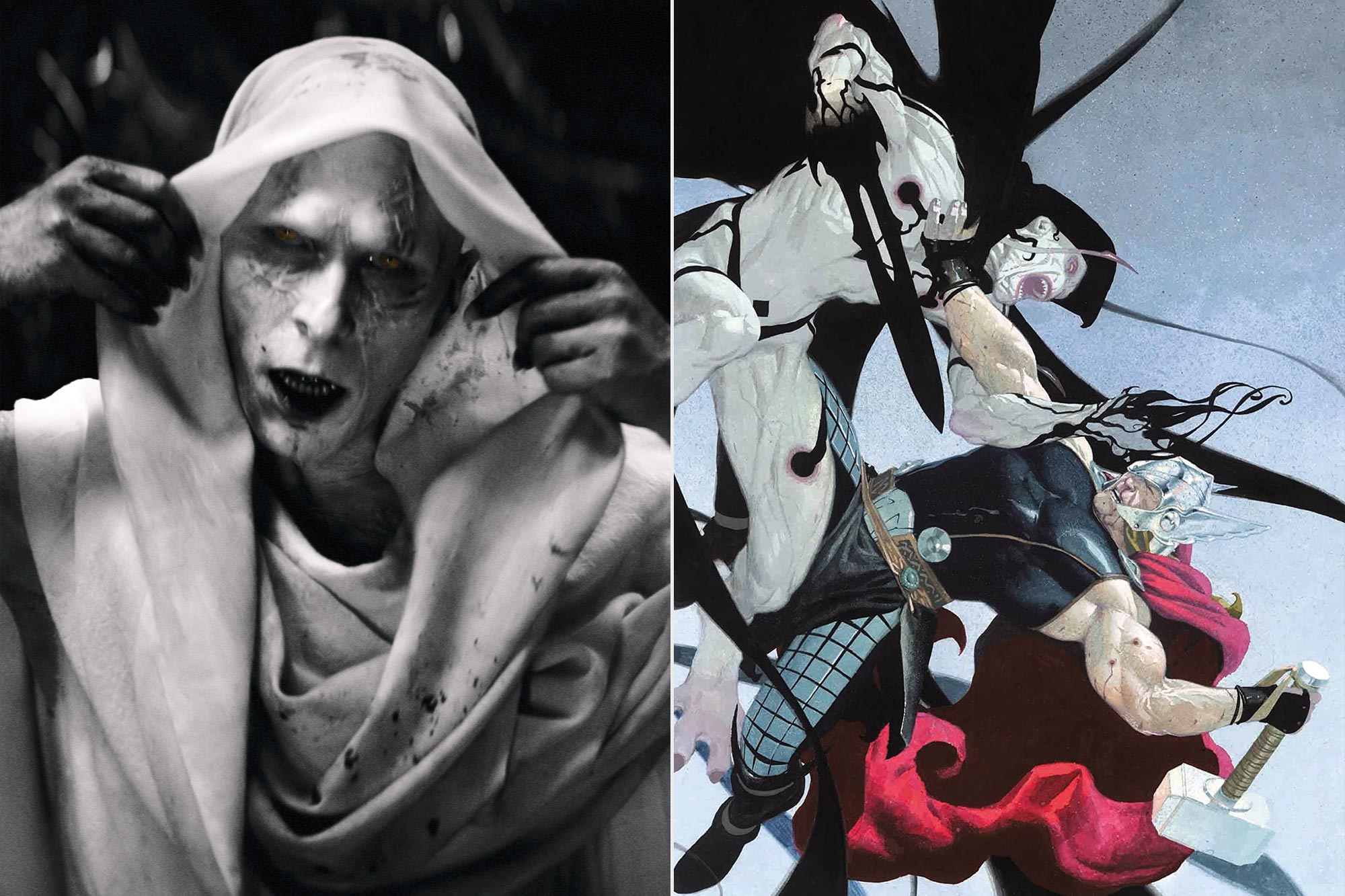 The trailer of Thor Love and Thunder was released on May 24th. Through the trailer, we have witnessed the appearance of the main antagonist of the film – Gorr The God Butcher In MCU (Christian Bale). This really intrigued the audience about the character Gorr In Marvel Comics.

Origin of Gorr In Marvel Comics

Gorr was originally an inhabitant of a desolate, unknown planet in the universe. From an early age, Gorr had to live a miserable life. His father passed away early, and his mother died once during a confrontation with the monsters on his planet.

As the inhabitants of this planet, his parents were both religious people and had great faith in the gods. Even when Gorr grew up and got married, his children gradually died of illness as his father did. His wife died when she fell into the abyss with the unborn child in her belly. Even the last child perished in the middle of the desert during a later journey.

For Gorr, this was the last straw. He turned to criticize his tribe for blindly worshiping the gods. This caused them to attack him, leaving him to die in the desert. Exhausted, he trudged through the desert and prayed that he would have a peaceful death.

However, the prayer did not come true. While exhausted in the desert, Gorr witnessed a huge explosion. When he ran to the site of the explosion, he was shocked to see two strangers in two armors trying to kill each other. Those two are Knull – the owner of the All-Black The Necrosword and a God who owns the Enigma Force.

Only at this point, Gorr realizes that gods really existed. The god who possessed the Enigma Force begged Gorr for help, but his mind was clouded by anger. While he was slaughtering the gods, suddenly All-Black The Necrosword flew over and chose Gorr as the new host. With a powerful weapon in hand, Gorr finished off the dying god before taking revenge on the gods in the universe. From there, Gorr in Marvel Comics – The God Butcher was born.

Powers of Gorr In Marvel Comics

Basically, The God Gorr Butcher’s abilities are derived straight from the Necrosword, which grants users immortality and flying. Marvel Comics’ symbiotes, like Venom and others, are also descended from the All-Black weapon. The Necrosword of the Thor 4 villain grants him superhuman skills, including the ability to manufacture weapons and armor with his thoughts. Gorr can regenerate thanks to the Necrosword, making him more and more dangerous than the ordinary adversary Thor may face.

Over thousands of years, the number of gods he slew was so great that the books written about them could fill an entire hall of Omnipotence City – the city of the gods in Marvel Comics.

>>> RELATED: ALL ABOUT RUNE KING THOR

Every time Thor goes to the gods killed by Gorr, he has to fight the monsters created by Gorr, the Black Berserker.

Gorr The God Butcher In Marvel Comics even organizes attacks against the time gods on the planet Chronux to be able to travel to the past by their eternal lake. When he succeeded, he traveled to both the past and the future so that he could kill all the other gods in the universe. But there is only one god that he cannot kill both in the past and in the future and that is Thor.

Reaching King Thor, Gorr resurrected back. While carrying out his plan to be able to wipe out Thor, Gorr faced fierce resistance from the gods. He used All-Black to merge with the universe, creating a dark void known as “All-Black The Necro-Verse”. But in the end, he was still defeated by Thor. He returned to his previous form but no longer had any memories and lived on planet Indigarr as a commoner.

2. Gorr The God Butcher In MCU

However, this is perhaps not too surprising when the alien characters in the MCU are all shaped like humans, just that they have different skin colors.

Powers of Gorr The God Butcher In MCU

Through the trailer, we see one of Gorr’s victims, Falligar The Behemoth. In Comics, this god is so powerful that he wrestles with black holes just for fun. Therefore, defeating Falligar is not an easy task. This shows us how dangerous Gorr is. It is possible that Zeus will become the next victim of The God Butcher because according to the trailer, Valkyrie is somehow using Zeus’ lightning to fight Gorr.

We also see the shape of the All-Black the Necrosword – Gorr’s main source of strength. It looks more like a normal sword than the All-Black sword in the original comics.

Finally, through the battle scene in the trailer, it is possible that the monsters Thor and She Thor is fighting are the Black Berserker – created by Gorr The God Butcher.

Through the trailer of Thor Love and Thunder, we got a relatively clear look at the villain Gorr The God Butcher in MCU. But for the best experience and a more detailed comparison with the character Gorr In Marvel Comics, let’s wait together for the Thor Love and Thunder movie to be released on July 8.