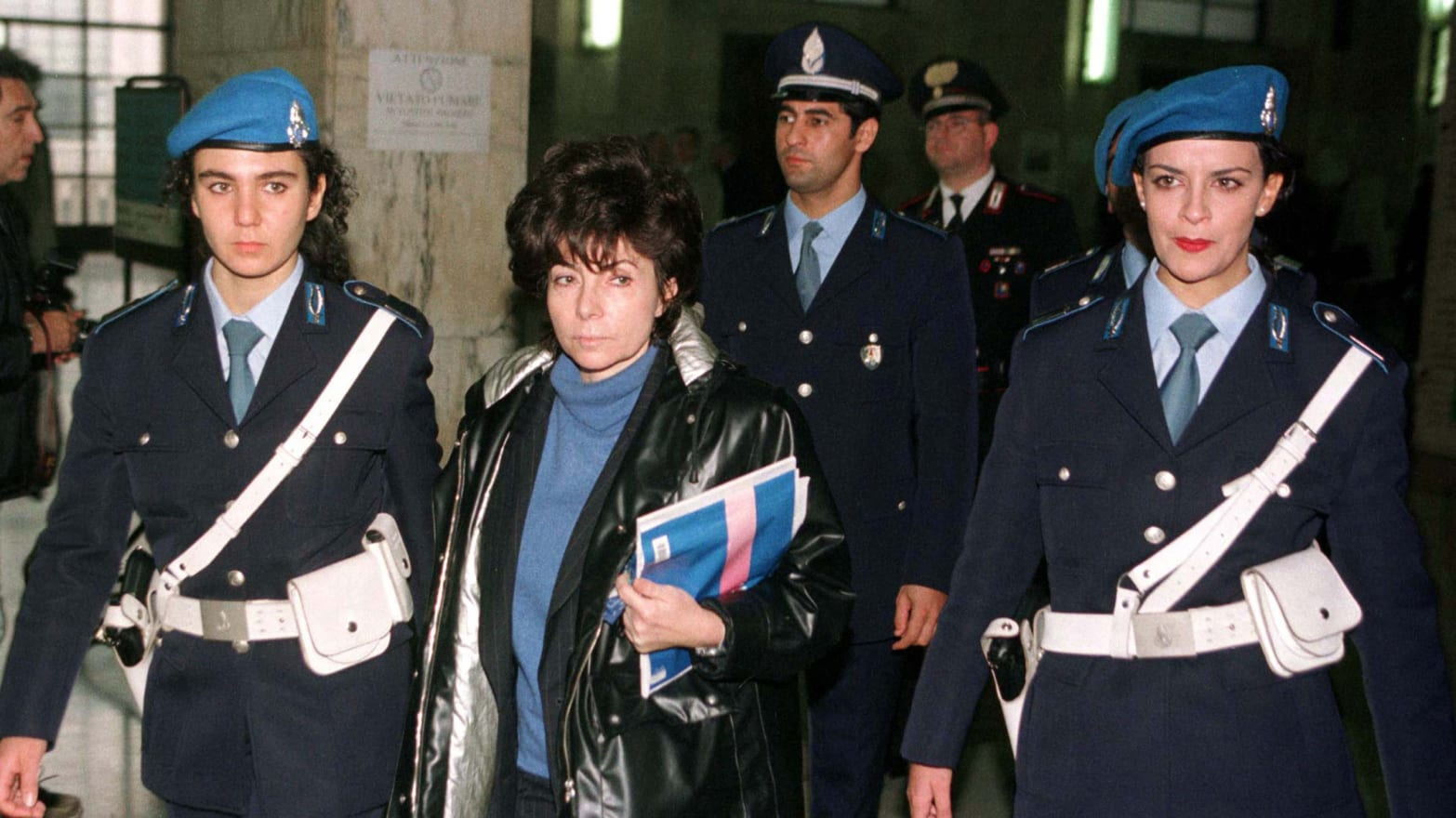 In 1995 Maurizio Gucci, the grandson of fashion entrepreneur Guccio Gucci, was shot three times in the back and once in his face and left for dead in the marble foyer of his Milan office building. He was not exactly a well-liked man, and precisely because so many people wanted to see the Gucci heir dead, investigators took more than a year to narrow down the investigation to the most likely assassin, finally settling on his ex-wife Patrizia Reggiani, who was convicted of his murder in 1998 and sentenced to 26 years in prison for the past Gucci..

According to the court ruling, Reggiani acted with the help of her sorceress, who apparently hired a hitman, a doorman, and a driver to help whack her ex. Reggiani’s sorceress, Pina Auriemma, was sentenced to 25 years in prison, which was reduced to 19 years on appeal. She was freed in 2010. Benedetto Ceraulo, the Sicilian hitman, was given a life sentence. The doorman, Ivano Savioni, was sentenced to 26 years in prison and the getaway driver, who was also a gambling addict and small-time mobster, Orazio Cicala, was given 29 years because of his substantial prior record. At the time of sentencing, the judge said, “Maurizio is dead because of Patrizia’s hatred, Auriemma’s desire to remain a parasite, Savioni’s lust for money, Cicala’s gambling addiction and Ceraulo’s dream to take his daughter out shopping.”

The trial was a showy affair. Gucci stores displayed silver handcuffs emblazoned with the double G in their store windows in Florence and Milan. Reggiani, dubbed “The Black Widow” by the Italian press, was deemed a flight risk because of her substantial bank account and remanded in custody for the duration of the trial and appeal. But she somehow convinced the judge to allow her hairdresser and manicurist to have what amounted to esthetic-based conjugal-style visits before each hearing, which she attended kitted out in fur coats and stiletto heels, often with a Gucci scarf tied around her neck.

Testimony was nothing short of bizarre. Among the witnesses in the six-month trial were Maurizio Gucci’s own “white witch,” whom he had hired to rid his St. Moritz mansion of his ex-wife’s “evil spirits.”

Reggiani denied involvement and blamed her sorceress for “misinterpreting” her disdain for Gucci as instruction to arrange the hit. The hefty cash payment of around $300,000 was just a coincidence, she said. During the trial Reggiani denied the payment was for the murder, but conceded that the price would have been right to see him dead. “He wasn’t worth a lira more,” she told the judge.

Reggiani’s motive for the murder, according to the court’s reasoning, was that Gucci had intended to marry his 35-year-old interior designer-girlfriend. The impending marriage would mean that Reggiani’s alimony would be halved to just $860,000 a year, which she said amounted to “a bowl of lentils.” Scores of witnesses testified that Reggiani talked incessantly about wanting Gucci dead. Reggiani’s own testimony was nothing short of self-incriminating. “I was asking everyone. I would have even asked the butcher,” she told the court. “But I really didn’t mean it.” But on the day he died, she wrote a single word in her diary: paradeisos, the Greek word for paradise.

Over the course of her 16 years in prison, during which she kept a ferret and a parakeet as pets in her cell, she twice refused work release because, she said, “I’ve never worked a day in my life; I’m certainly not going to start now.”

Now, Reggiani, 65, has apparently changed her mind. Late last year, she had her first taste of freedom after being let out on an extended furlough while the judges considered reducing her sentence because of her age. During that time, she was often seen with her parakeet on her shoulder shopping in Milan’s fashion district.

Now a judge is expected to free her completely as long as she agrees to do three years of community service, which she now says she will do. “I am ready to work from this point on,” Reggiani told a Milan judge this week. Her lawyers have petitioned the court to allow her to work as a style consultant in the Bozart costume jewelry showroom in Milan owned by a friend and spend her free time doing volunteer work in a Caritas soup kitchen. A ruling is expected within days.