A Monumental KAWS Installation in Singapore Can Proceed, Court Says, After a Dispute With a Collector’s Foundation 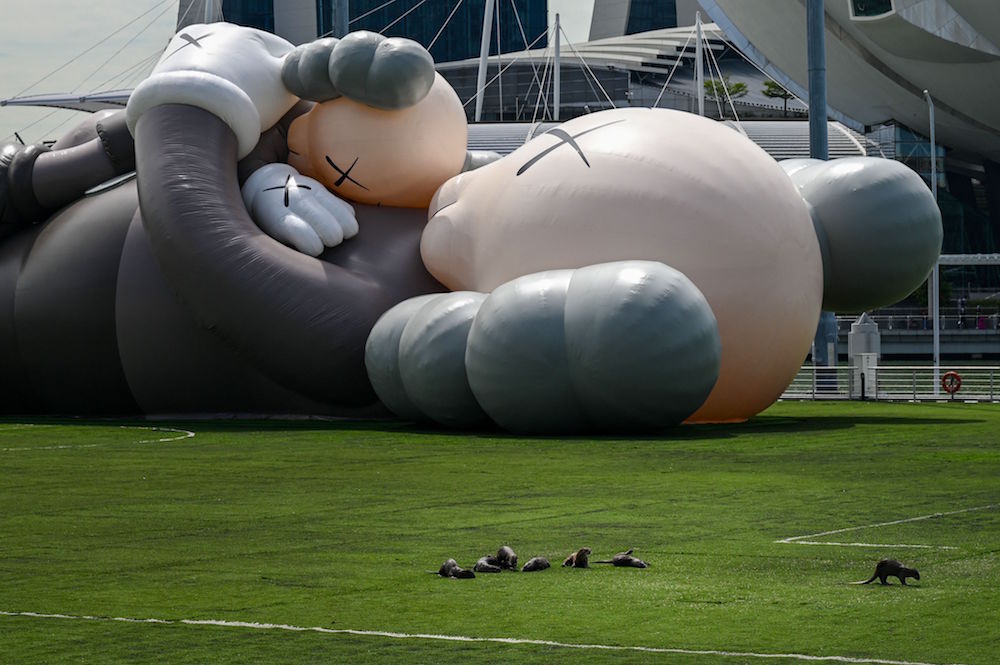 A wildly popular traveling public art show by KAWS—aka the Brooklyn-based artist Brian Donnelly—is back on track in Singapore after a legal challenge by the Ryan Foundation temporarily halted the display. The nonprofit claims it was part of the initial concept and planning for the show.

While the team behind the show, Hong Kong-based AllRightsReserved (ARR), and the artist himself were celebrating the decision, sharing numerous posts and reactions to the news on social media, it appears the foundation that made the claims is not backing down, declaring it hopes to proceed to trial.

The Ryan Foundation, which was founded in 2012 by prominent collector Ryan Su, obtained a court injunction late Saturday (November 13) that halted the free show at Marina Bay, having alleged that ARR breached its intellectual property rights and misused confidential information.

In addition to the court order stopping the show, the injunction also hit pause on the sale and distribution of related merchandise, as well as promotional activities. A large group of VIPs were reportedly attending the official unveiling of a nearly 140-foot inflatable sculpture, Companion, when the order was issued. Neither KAWS nor the Singapore Tourism Board, which backed the show, are party to the litigation.

Today, November 15, the court discharged the injunction after hearing arguments from the ARR legal team. In a statement shared with Artnet News, ARR said: “The Court discharged the injunction and ordered the Ryan Foundation to pay AllRightsReserved the legal costs. The Court further ordered that there will also be an inquiry into the damages sustained by AllRightsReserved by reason of the injunction. This means that the ‘KAWS:Holiday’ exhibition can now be reopened tomorrow!” ARR said it welcomed the judgment, adding: “Justice has prevailed.”

In a cheeky Instagram post, KAWS wrote that the “otters” (presumably those pictured near the sculpture in the image above) had issued a statement saying: “We find it truly disgusting that the Ryan Foundation and Ryan Su attempted to stop the free public exhibition in this unlawful way!”

The Ryan Foundation also shared a two-page statement with Artnet News. “The interim injunction is a temporary one, and we are happy that the public gets to enjoy the artwork. The circumstances are now that the public is aware that the exhibition had been built on confidential information as we proceed to full trial,” said Adrian Chan, who serves as the Ryan Foundation’s director. Earlier, he told the South China Morning Post, “The injunction could have been averted if questions were raised and stakeholders consulted. This is truly a case of David & Goliath.”

Companion is part of a two-week-long government-backed show titled “Kaws: Holiday.” Fans of the artist are familiar with his recurring Companion character, an often-oversize figure rendered in shades of gray and black with X-ed out eyes. Sometimes depicted hanging its head mournfully in its hands, in this Singapore iteration, it lies prone on its back near the water, cradling a smaller version of itself to its chest.

Su and Chan claim they initiated discussions with ARR back in 2019 to bring the inflatable figures to Singapore.

But according to ARR, the “Holiday” world tour “started in Seoul in 2018, and has since been exhibited at Taipei, Hong Kong, Japan, the United Kingdom, and even outer space. The response at every stop has been overwhelmingly positive.” Singapore, ARR says, is the seventh stop on the tour.

When the exhibition at The Float @ Marina Bay was forced to shut its doors, the statement continued, “We felt wronged and frustrated, as the gate to these valuable exchanges had been shut. This is not what our company, or the world, would like to see.”